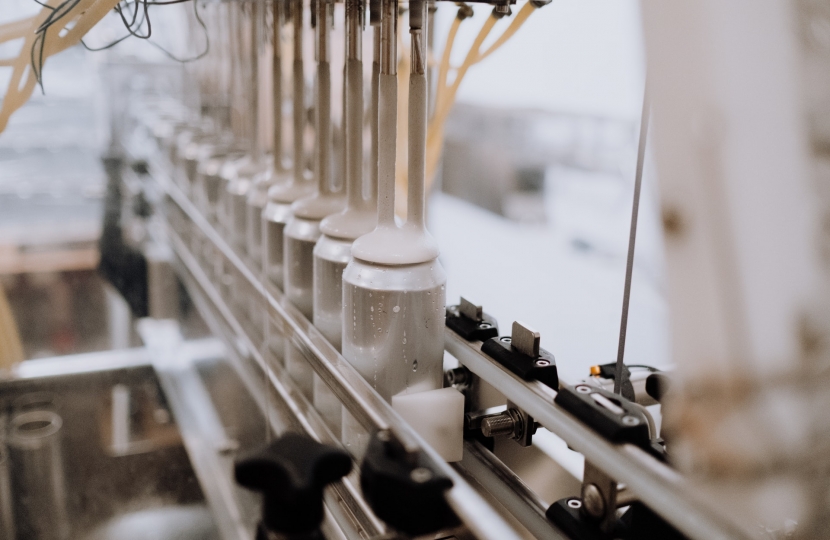 This afternoon I met again virtually with our two local microbreweries - Signal Brewery and Anspach & Hobday Brewery - along with representatives from SIBA to discuss the ongoing coronavirus pandemic, the impact on microbreweries in Carshalton and Wallington as well as across the UK, and the ongoing Government consultation into Small Breweries' Relief.

This follows on from visits last year to both breweries, prior meetings with both CAMRA and with SIBA, and my participation in a debate on SBR late last year.

The Treasury announced the start of the technical SBR consultation earlier this month, and I understand from SIBA and from our local breweries that there are a number of areas of concern:

More widely, the consultation has been published when every pub in the country is closed - with small brewers losing around 80 per cent of their sales and are having to pour away more unsaleable beer at their own expense. As I have repeatedly raised with Ministers, small brewers have not received the same level of financial support from Government ​as other hospitality ​businesses.

Figures from the Treasury show that 73 per cent of small brewers are content with the SBR as it is, and 72 per cent do not believe that those producing over 2,500hl should receive less relief.

The consultation document can be found here - https://assets.publishing.service.gov.uk/government/uploads/system/uploads/attachment_data/file/950523/20210107_SBR_condoc_.pdf

I will be continuing to work with SIBA as they produce a fuller analysis on this and formulate their views on the support for small brewers, and I will do everything I can to represent those views to Ministers - both through the consultation process and directly.

Please do not hesitate to contact me in the meantime if I can provide more information on this issue or if you wish to discuss it further.

Photo by cottonbro from Pexels.

Local residents want a thriving local High Street to shop, spend time and meet people, so I will be pushing for regeneration funding to support local businesses and help our High Streets compete.

Earlier today, the Secretary of State for Health and Social Care announced that major strides have been made in the NHS' work in tackling the NHS backlog caused by Covid.