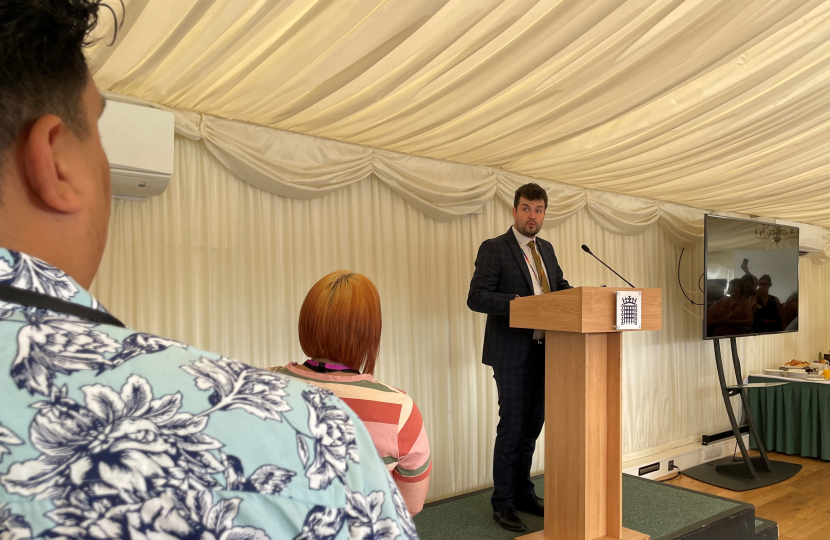 It was great to join the Hepatitis C Trust earlier today to help them launch their World Hepatitis Day reception right in the heart of Parliament.

As I noted in my speech opening the event, we’ve come a long way in the battle for Hepatitis C elimination. This is something that should be celebrated, and indeed the progress that’s been made featured front and centre in the event.

The session was also useful for the various organisations and individuals involved in the eradication effort to come together, to hear from each other and understand some of the stumbling blocks we’ve encountered and how we can overcome them going forward. I was keen to underline that central to this will be an evidence-based, well-thought out roadmap if it is to remain a key priority for health leaders.

I was also glad to be able to draw on the newly announced mobile clinic for the Borough of Sutton that will make it easier to bring blood-borne virus screening and liver health checks to more people in our area.

Those in the battle for Hepatitis C elimination do amazing work, often under the radar, and so I would like to thank them for all that they are doing to avoid more people contracting it.

Earlier today, the Secretary of State for Health and Social Care announced that major strides have been made in the NHS' work in tackling the NHS backlog caused by Covid.