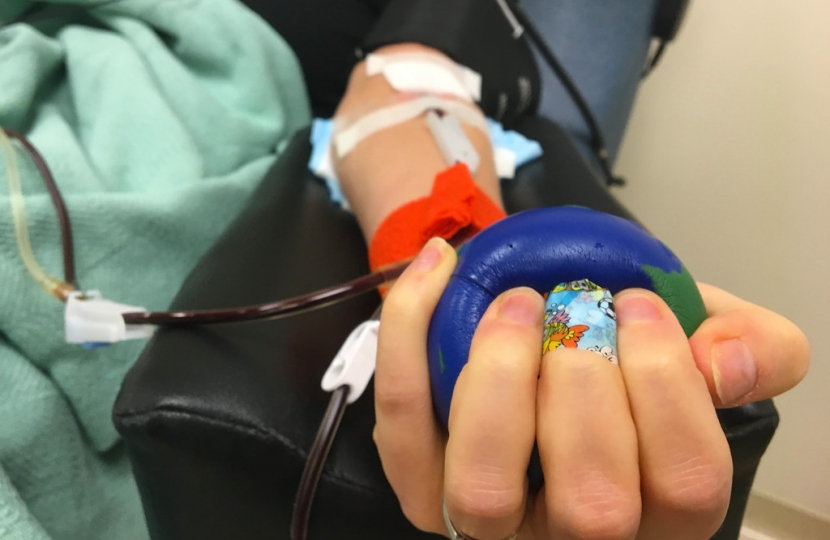 Today is World Blood Donor Day, an opportunity to raise awareness of the importance of blood donations to save lives, and to thank all those who voluntarily give their life-saving gifts of blood to those who are in need.

Over 6,000 life-saving blood transfusions take place in the UK each and every day, however we have seen a 40 per cent drop in the number of people giving blood over the last decade, with a gender imbalance developing as men fall to 41 per cent of overall donors.

There are thousands and thousands of gay and bisexual men who would love to support the wider community by donating blood but, due to a current lack of research into this area, are restricted from doing so. As an LGBT+ rights advocate who is a Member of Parliament and a champion of the #FreedomToDonate campaign, I have a privileged position to be able to campaign for this to change, and to press for an individualised risk-based assessment model to replace the decades of stigma that has restricted, and previously prevented entirely, men who have sex with men from donating blood.

Whilst the lifting of the lifetime ban, and then the subsequent introduction of the three-month deferral, was welcomed, there are many who feel that the current policy is still discriminatory towards gay and bisexual men. The default assumption by NHSBT is that heterosexual donors’ sexual behaviour is less risky than that of men who have sex with men, and treats all gay and bisexual men as a homogeneous group. An individualised risk-based assessment, which assesses donor safety based on sexual behaviour rather than sexual preference, is the best way to ensure all those who want to donate and could do so safely can.

On behalf of gay and bisexual men across the UK, on World Blood Donor Day and during Pride Month, I have written to the Health Secretary to ask him to speak with NHSBT in order to bring about this change.

This evening I attended the Wallington Christmas Lights Switch On with my Christmas Card Competition winner Leo!