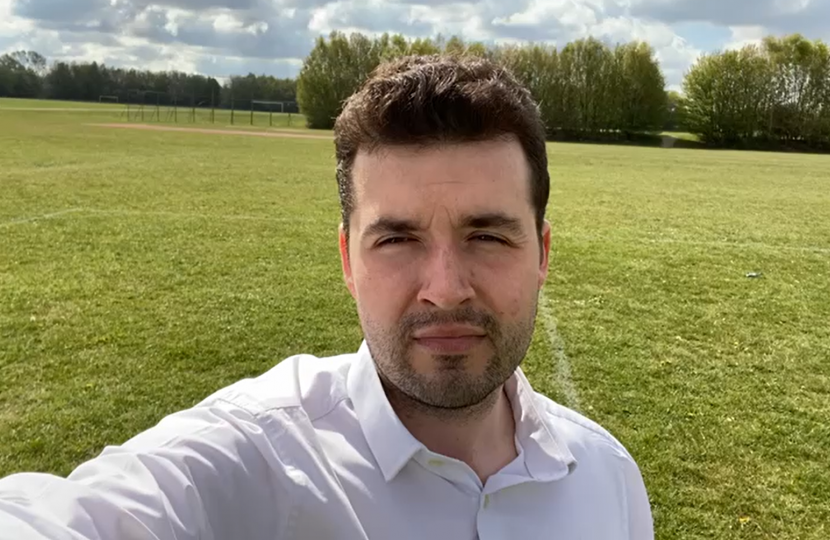 Lots of residents have been in touch with me in the past couple of days with their concerns about anti-social behaviour on Roundshaw Downs.

As I live close to the Downs myself and use it to walk my dogs – I am well aware of the issues with motorbikes, crime and anti-social behaviour, so this has been something I have consistently raised over the past year.

I have approached the Police, Sutton and Croydon Councils many times to try and organise a joint meeting to discuss the issue and come up with solutions, but sadly they have not been forthcoming and I have been actively blocked from attending a joint meeting - only the Police have met with me to discuss this issue so far.

Croydon in particular have not been very responsive and added onto the fact that their recent declaration of bankruptcy means they’re unable to spend anything that isn’t deemed essential to fulfil existing agreements or statutory services like waste collection and social care has made it all the more difficult, especially given the ease of access from Purley Way, which is on the Croydon side.

I know Sutton has been a little more engaged, but bikes and anti-social behaviour is still happening on the Downs from the Sutton side too.

In fairness to the local Police, I do think they are equally frustrated by the situation and I know they have asked the Councils to do more themselves. The Police have stepped up patrols and have even arranged for helicopters to visit the area too as part of the measures they are taking, but they are limited in what they can do as the access is still very easy and they obviously can’t station officers there 24/7, so I really do think the Councils need to step up and do their part to put the measures in place to stop people being able to get motorbikes onto the Downs in the first place.

Croydon were seeking a Borough-wide injunction, which would cover this area, in October, but they have obviously gone bankrupt since then. I am trying to find out what Croydon are able to do in this scenario. I appreciate they were looking for an injunction, but that still is a reactive means of dealing with the problem, I really think they need to address the ease of access from Purley Way to really tackle the problem.

Sutton also has more it could do, and I will continue to press them to do so in conjunction with the Police.

The pandemic has only made it worse and residents are angry and worried. I, like many others, think twice before walking my dogs on the Downs now and it isn’t fair for what should be a local amenity – all the more needed in lockdowns for fresh air and to get out the house – is being taken over by thugs who are ruining it for everyone else.

The Police have, in the meantime, urge residents to continue to report crime and ASB on the Downs every single time it occurs. They have a handy report section on their website you can use here if you’re worried about constantly phoning 101, but never hesitate to call 999 if witnessing a crime taking place.

I know it is frustrating as many people are annoyed that they regularly make reports and nothing seems to happen, but by continuing to make these reports, it builds up a body of evidence and a picture of the crime and ASB in the area, which adds pressure on all local authorities to take action. Otherwise, low reporting figures will continue to be used as a cop-out for not acting.

I have insisted to both Sutton and Croydon Councils that we have a meeting, along with the Police, in order to pressure them to agree an action plan to deal with this, as this has been going on far too long with no action from the Councils.

I will keep residents regularly updated with progress.

Southern Railway are preparing to welcome customers back to their network as restrictions begin to ease and we emerge from lockdown.

This means more local rail services will be reintroduced from Monday 17 May, with protective measures to help passengers travel safely.