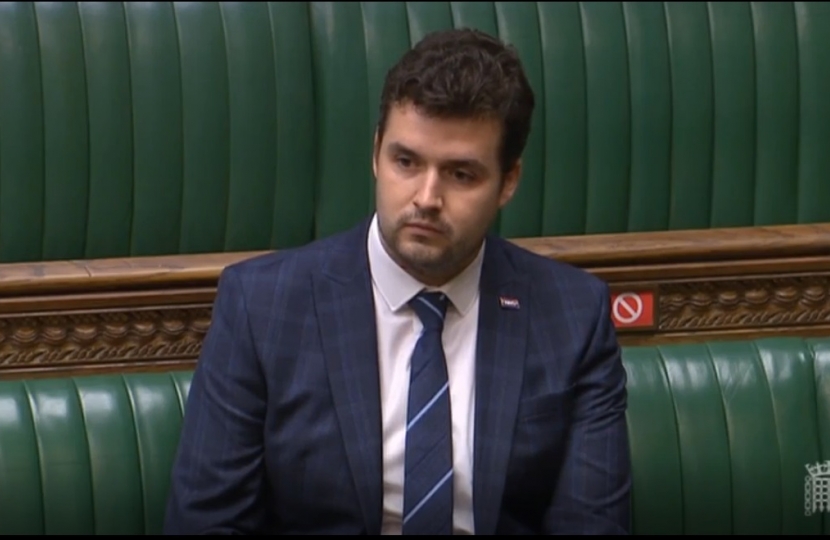 On Thursday, the Minister for Equalities responded to an Urgent Question on the Government’s recent response to the consultation on the Gender Recognition Act, and I spoke on behalf of those constituents who had raised this issue with me, as well as in my role as a member of the Women and Equalities Committee.

I was pleased that, earlier in the week, the Government published its response to the consultation to the Gender Recognition Act 2004 (GRA), more than two years after initially asking for views on how best to reform the legislation to make the process of legally changing your gender less bureaucratic, expensive and intrusive. The consultation focused on the GRA, and did not propose any amendments to the Equality Act 2010. To be clear: any reforms will ensure the protection of single-sex spaces which I recognise is extremely important. The Equality Act 2010 clearly protects transgender people from discrimination. The same act allows service providers to restrict access to single sex spaces on the basis of biological sex if there is a clear justification.

That said, the reforms to the GRA are a welcome first step, particular in improving the accessibility of appropriate healthcare services as well as reducing the costs involved in making an application to change gender. I particularly was grateful for the Minister's commitment that the Government is opening at least three new gender clinics this year, which will see waiting lists cut by 1,600 patients by 2022, and that the Government is providing funding for Dr Michael Brady, the UK’s national LGBT health adviser, and working with him and the NHS to improve transgender people’s experience of accessing healthcare.

However, the reforms fall far short of what many people – including an overwhelming majority of the trans community – had called for, and I was grateful to my friend and colleague, Crispin Blunt MP, for asking the Speaker to grant the Urgent Question on this important issue. As the Chair of the All-Party Parliamentary Group on Global Lesbian, Gay, Bisexual, and Transgender Rights, Crispin has been at the forefront of pressing for the reform of the GRA and calling on the Government to deliver for our friends in the trans community.

I made this clear to the Equalities Minister when I told her that the reforms need to go further. I sought her assurances that this was the first step, and not the end of what we are going to do for trans people in the UK to achieve equality for them in their gender identity. Whilst I welcomed her commitment, earlier in the debate, that Dr Hilary Cass, the former president of the Royal College of Paediatrics and Child Health, will lead an independent review into gender identity services for children and young people – and it is right that under-18s should receive specialist support – there is so much more to be done.

I believe we need to look at a de-medicalised, self-determination system for gender recognition, and I will continue to work with colleagues to press the Minister to go further on these points.

As I was proud to say in the Chamber when questioning the Minister, “I stand by the trans community in saying that their rights are human rights.”

You can watch my exchange above and read the transcript of the entire proceeding here.

Discussing the failings of Sutton Council when it comes to its SEND provision.