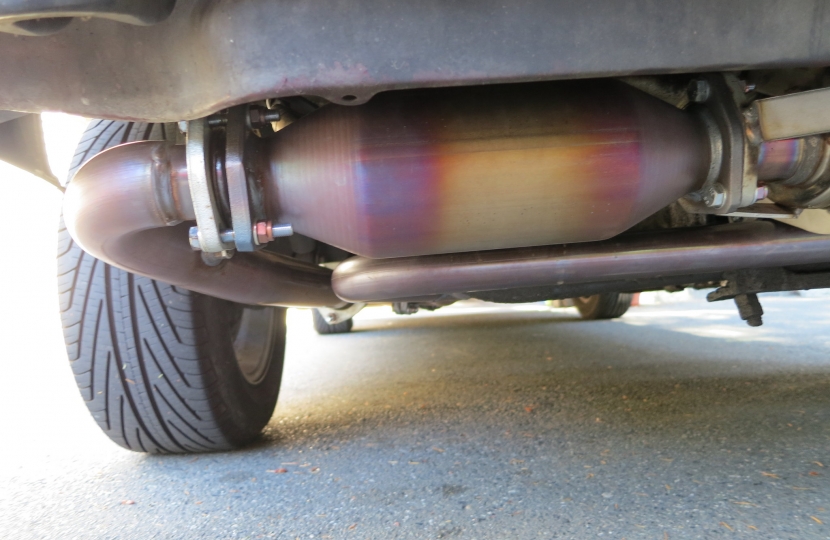 Metal crime, or more specifically catalytic converter theft, is a big problem across Carshalton and Wallington, and one that many residents have raised with me.

Indeed, we have been identified as being in one of the areas with the highest number of catalytic converter thefts in the country.

I have been in regular contact with Sutton Police on this, including with their teams leading on the investigations locally and in cooperation with police across London. Last week, several hundred police officers targeted those involved in organised crime at dozens of locations across London and the surrounding counties, including the criminal gangs stealing the converters and the scrap metal merchants fencing them.

Several arrests were made, with a number of vehicles seized for either being used in the commission of crime or for fraud as well as several that had been reported stolen. Substantial quantities of cash and tools were also seized, as well as quantities of several different controlled substances. A good number of catalytic converters were also recovered.

It is the view of the Police that this group were responsible for much of the catalytic converter thefts in our area, and I would like to pay huge tribute to the officers involved, and their partner agencies involved including the British Transport Police, Kent & Essex Police, GAIN, the Environmental Agency and NaVCIS.

I have been reassured by the officers leading the investigation that their recent actions to tackle this issue should disrupt and impede this network, and the Police are continuing to pursue other suspects they have identified.

You can read more about the recent raids here on ITV News, and also via the BBC.