REVEALED: Questions over future of The Lodge after insurer pulls out due to "high risk and standard of work" 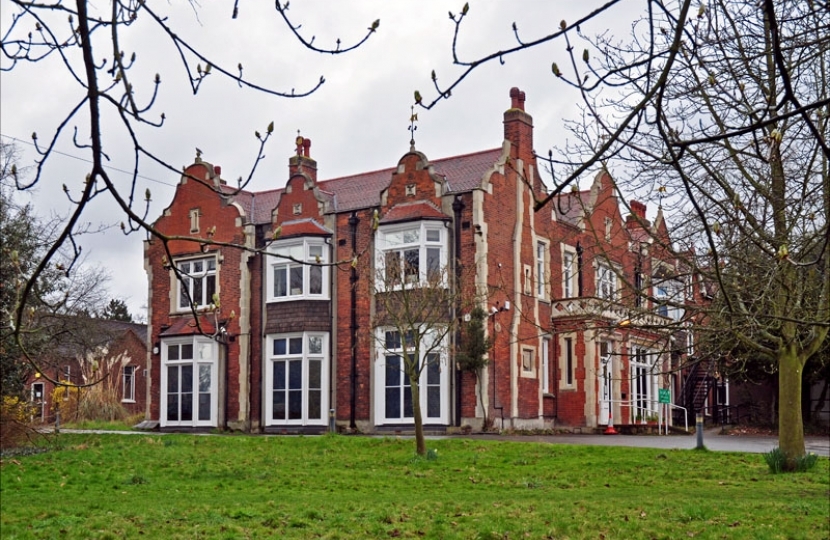 Serious questions about the future of the development of new flats at The Lodge in Carshalton have been raised after I received an email revealing that building warranty providers (Local Authority Building Control (LABC) Warranty) have refused to sign off the development for insurance, citing concerns about the “high risk and standard of work”.

It is understood that those waiting to complete on one of these flats have received an email confirming the same.

The Lodge is a Grade 2 listed building in the Grove Park in Carshalton, which was controversially sold in 2015 for £1m under the estimated market value at the time to EcoLocal, a small local charity with no housing or building experience, which the former Liberal Democrat MP was an unpaid Trustee and Director of at the time.

The plans were to convert the building into a combined residential and community hub, providing 7 flats for sale, 2 for rent and the ground floor for unspecified use to provide ‘community benefit’ to the equivalent of over £1m a year.

However, a combination of financial difficulties in obtaining a loan to pay for the works and protracted legal conversations over the terms of the lease, the asset was not handed over in order for works to begin until February 2018.

I have been assisting prospective buyers who were due to complete and move into their new homes at The Lodge in summer 2019, but faced continued delays, the reasons for which were not disclosed.

Some have decided to withdraw from the sale citing unacceptable delays, while others are still waiting and hoping to eventually move into their new home. This includes people like Wallington resident Nigel, who is sadly battling terminal cancer and wants to move into a new home in The Lodge for more peaceful surroundings and nice views of the park.

Now there are serious questions over when, or even if, the development will be completed and people can begin to move in.

Any and all concerns raised at the time about the of the sale of The Lodge or the ability to deliver this project were rebuffed – even sneered at – by the Lib Dems, who viciously defended the sale and plans for this former community asset.

Now we hear that insurers refuse to cover the development due to the high risk and standard of work and prospective buyers are unsure when or even if they’ll ever get to move in.

Apart from anything else, this news will blow a massive hole in confidence for this development, with this news likely to emerge in searches done for any prospective buyer in the future, which could put off potential offers.

We need to see the report and photographs taken by the insurers explaining why the development was refused coverage and what was wrong with it, we need to know what checks (if any) the Council has done on the progress and standard of development, we need to know the exact terms of the sale and if the Council would now seek to terminate the 125 year lease, but most of all, what potential buyers like Nigel need to know is, what happens next?

The pig-headedness of the Lib Dems at the time and refusal to listen to concerns has resulted in a situation that many people saw coming. This is incredibly serious and could have grave consequences, so the Council must answer these questions and so much more as a matter of urgency.

Proof of the email, along with minutes from Council meetings proving that concerns were raised by Conservatives at the time, links to news articles about the sale at the time, links to statements from political parties and proof of emails between myself and the Council are attached below.