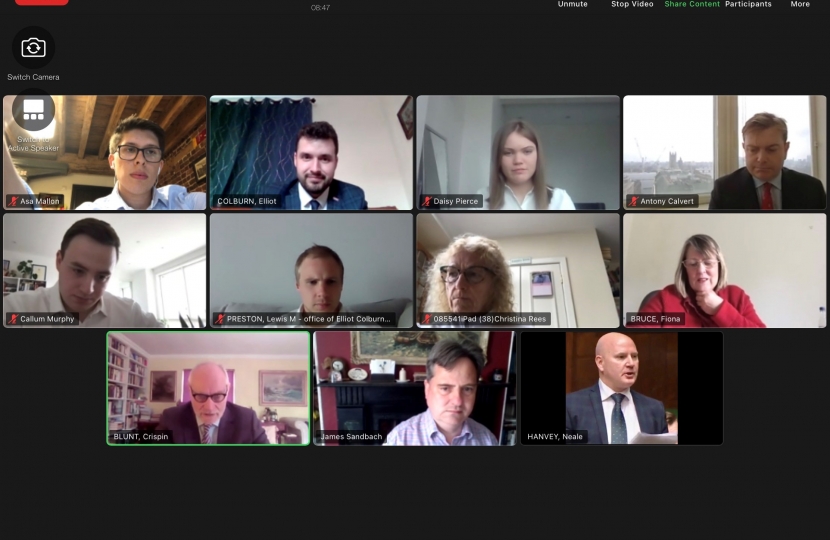 This afternoon I was delighted to hold the inaugural meeting for the Restorative Justice All-Party Parliamentary Group (APPG) along with the support of cross-party Parliamentarians.

I was inspired to establish an APPG on this important issue after meeting with Ray and Vi Donovan in Carshalton and Wallington and hearing their incredible story. The Chris Donovan Trust is an amazing local charity set up by Ray and Vi following the tragic murder of their son through unprovoked violence. This incredible couple had the courage to meet their son’s killers in prison and have since worked across the country in schools and prisons to share their experience and raise awareness of the benefits of restorative justice for both the victim, the victim’s family, and the perpetrator.

I have frequently spoke about the need to support restorative justice schemes, including raising a question to the Minister for Crime and Policing in Parliament on the matter last year. I was also pleased to have the support of the Lord Chancellor, the Secretary of State for Justice, who paid tribute to The Chris Donovan Trust back in December and reaffirmed the Ministry of Justice’s support for victim-led restorative justice programmes.

Despite this, restorative justice as a practice remains disjointed within the UK, with Coronavirus having a significant impact on victim access to restorative justice programmes. This has been highlighted through conversations I’ve had with key charities in the sector, including Why Me?, the Restorative Justice Council, Calm Mediation and Belong London. Their expertise will be vital in shaping the RJAPPG’s work and I look forward to working with these groups further as we progress through our first year of the APPG.

I was delighted to have been confirmed Chair of the Restorative Justice APPG and see the selection of Christina Rees MP, Crispin Blunt MP, Neale Hanvey MP, Tony Lloyd MP and Fiona Bruce MP as Vice-Chairs. With their support, I hope to see the RJAPPG increase awareness and understanding of restorative justice in Parliament and work with key stakeholder groups and charities to promote a wider take-up of the practice across the UK.

Thank you again to my Parliamentary colleagues and the fantastic charities within the sector for their support with the Restorative Justice APPG.

Southern Railway are preparing to welcome customers back to their network as restrictions begin to ease and we emerge from lockdown.

This means more local rail services will be reintroduced from Monday 17 May, with protective measures to help passengers travel safely.