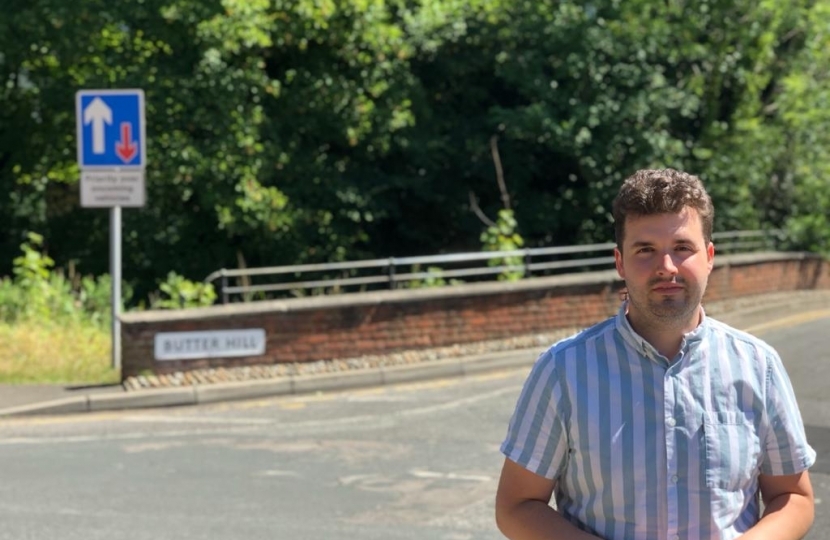 Over 500 people responded to my survey about plans to close the bridge between Butter Hill and Mill Lane, and the results show strong resident opposition to these plans.

Out a total of 512 responses at the time of publishing this post:

In response to question 1 regarding whether residents had been given any official notification of these plans:

In response to question 2 regarding whether residents were in favour or opposed to these plans:

In response to question 3 regarding whether residents felt this would improve the uptake of walking and cycling:

In response to question 4 regarding whether residents would be willing to trial the scheme:

I will also be going through the questions on alternatives that residents would like to see considered and the other comments residents left on the survey and reporting back on those.

It is clear from these responses that residents are both disappointed, as am I, that the Lib Dem-run Council failed to ask them their views before proposing this scheme, but they are also unhappy with it going ahead.

I have sent the results of this survey to the Council and asked them to respond to what residents have said, and importantly, what they now intend to do as a result of these figures. I will report back with their reply.

The Council have already embarrassingly had to climb down from it's plans to close York Road railway bridge in Sutton, as well as reducing space for motorists in Worcester Park -  it's time they listened to residents in Butter Hill too.

On Thursday, the Minister for Equalities responded to an Urgent Question on the Government’s recent response to the consultation on the Gender Recognition Act, and I spoke on behalf of those constituents who had raised this issue with me, as well as in my role as a member of the Women and Equalit