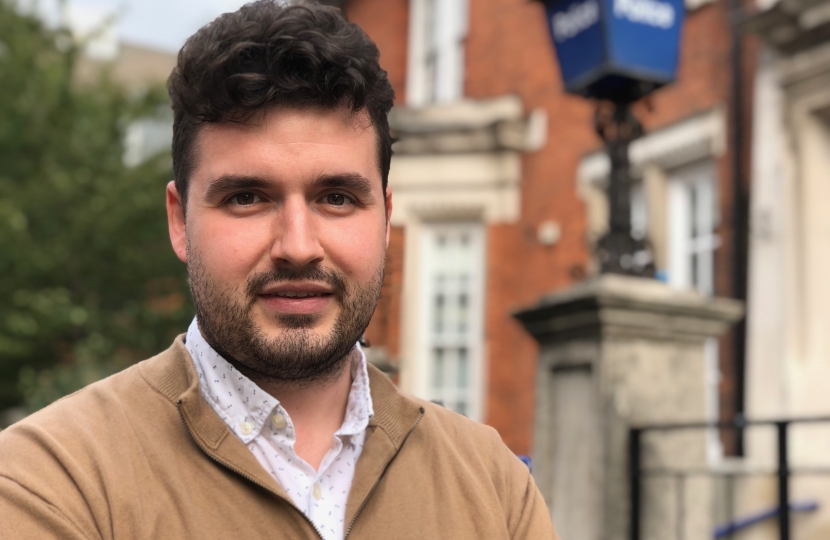 This is one of the safest areas in London, but we need the police officer numbers to keep it that way. Conservatives in government are delivering 20,000 extra police officers for our streets, while the Lib Dems and Labour have consistently voted against money for more police. I will push for our fair share of new police officers to ensure you can feel safe on our streets.

I will also be working with the local police to tackle some of the common problems facing the area, especially burglary, domestic violence and anti-social behaviour.

I recently met with the local Superintendent to discuss these issues, and he assured me that the Carshalton and Wallington area would soon be benefitting from additional officers on the streets. Recruitment is well underway with the launch of a national campaign, overseen by a new national policing board and backed by £750 million to hire the first 6,000 new officers by the end of 2020. By 2023, we will have recruited the full 20,000 additional officers.

In London, that's an initial rise of 1,369 officers, backed by a £191.2 million investment. But we can do more, which is why I am backing Shaun Bailey to become the new Mayor of London in May 2020 to deliver a further increase - putting a total of 40,000 police officers on the streets of London.

There has been a spate of thefts of catalytic converters from cars recently, something which also came up in my conversation with the local Superintendent.

Thieves seem to target some models such as Toyota Prius or Yaris and Honda Jazz, plus some Lexus models as the catalytic convertor seems to be especially accessible. Taller vehicles can also make it easier for thieves to get underneath.

Other types of vehicle have the Cat fitted within the engine bay, making it more difficult. Whatever the vehicle, be alert for people jacking up or working under vehicles in car parks - they may be quite brazen in high-viz, aiming to steal the Cat in a couple of minutes before being challenged.

Thieves always tend to look for the soft target, so you can make yourself less of a target as follows:

In the meantime, there is work going on at a national level between Police, Government and manufacturers as some makes and models are quite vulnerable, while others have the Cat tucked away in the engine bay where it's inaccessible. That has to be the long term answer to this.

I have had many constituents contact me since the election to raise concerns about anti-social behaviour, particularly with young people on scooters and mopeds in Carshalton and Wallington town centres.

The police have assured me that they are taking this seriously, and are using more drastic tactics, including making a controlled impact with a police vehicle and these offending vehicles to stop them.

If you have any concerns, please do contact me.

Unfortunately, domestic violence is something that is relatively high in Sutton. There are some excellent services out there, but we need to create an environment that people are able and comfortable to report this in.

I will continue working with the Council and the Police to make people aware of the services that are available to them, such as the one-stop shop, so that people can get access to the support that need it.